Produce item of the month: Eggplant

It’s thought of as a vegetable but the eggplant — also known as aubergine, garden squash, and guinea squash — is actually a fruit. A berry, even! Due to its consistency and texture, the eggplant is able to absorb the flavors of sauces and other condiments quite well, which is why it is used across many cuisines including Italian, Mediterranean and Asian. Eggplants can be baked, braised, boiled, fried, grilled, roasted, sautéed or stewed, making this delicious fruit perfect for summer as well as in winter dishes. 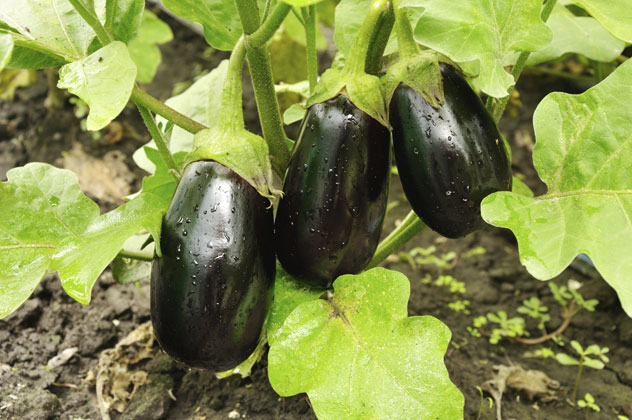 When to pick eggplants

The round, purple eggplants you’re used to are called American eggplants, and are available year-round. If you’re looking for a little variety, however, the Japanese eggplant is in season from July through October. Although these two eggplants are from the same family, they differ in appearance and taste. The Japanese eggplant tends to be longer and thinner, with a milder and less bitter taste. The skin is also thinner and edible. If you’re interested in trying the Japanese eggplant you might be able to find it in a supermarket with a larger produce selection, but you’ll probably have better luck finding them at your local farmer’s market. 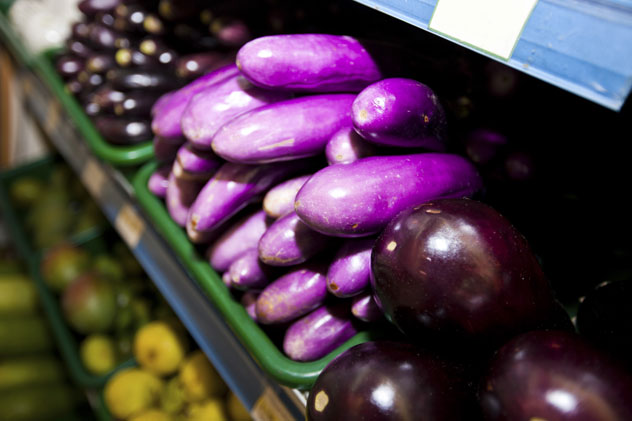 When it comes to picking eggplants, whether American or Japanese, make sure to pick those that feel firm and have a shiny, unbroken skin; avoid those that feel too soft or have brown spots. Also, know that eggplants should be used within two days of purchase, as they tend to get bitter rather quickly. If you’re not planning on using it right away make sure to store it in the refrigerator wrapped in a damp paper towel for humidity. If by chance your eggplant does get bitter you can tame the bitterness by salting the eggplant and letting it sit for an hour or so, then rinse off the salt. 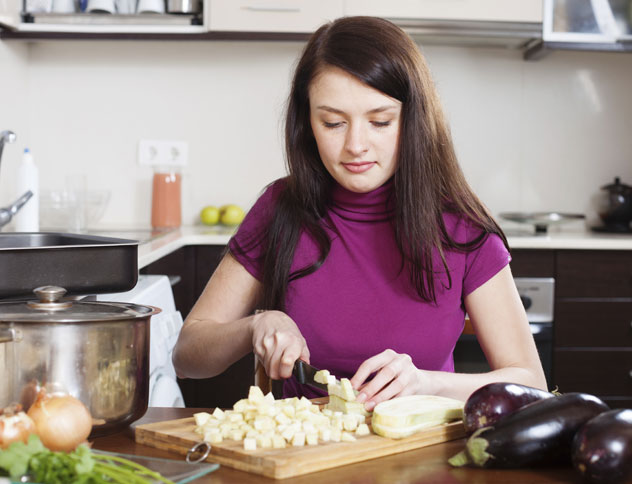 With 20 calories per cup, low saturated fat and sodium and high fiber, eggplants are considered nutritious. And if that wasn’t enough, they’re also packed with vitamins and minerals like vitamin B1 and C, copper, folate, potassium, and manganese …oh my!

If you’re tempted to try some delicious recipes with eggplant as an ingredient, consider this Baked Eggplant Parmesan, Italian Sautéed Eggplant, Roasted Eggplant Salad, or Sweet and Spicy Szechuan Eggplant.